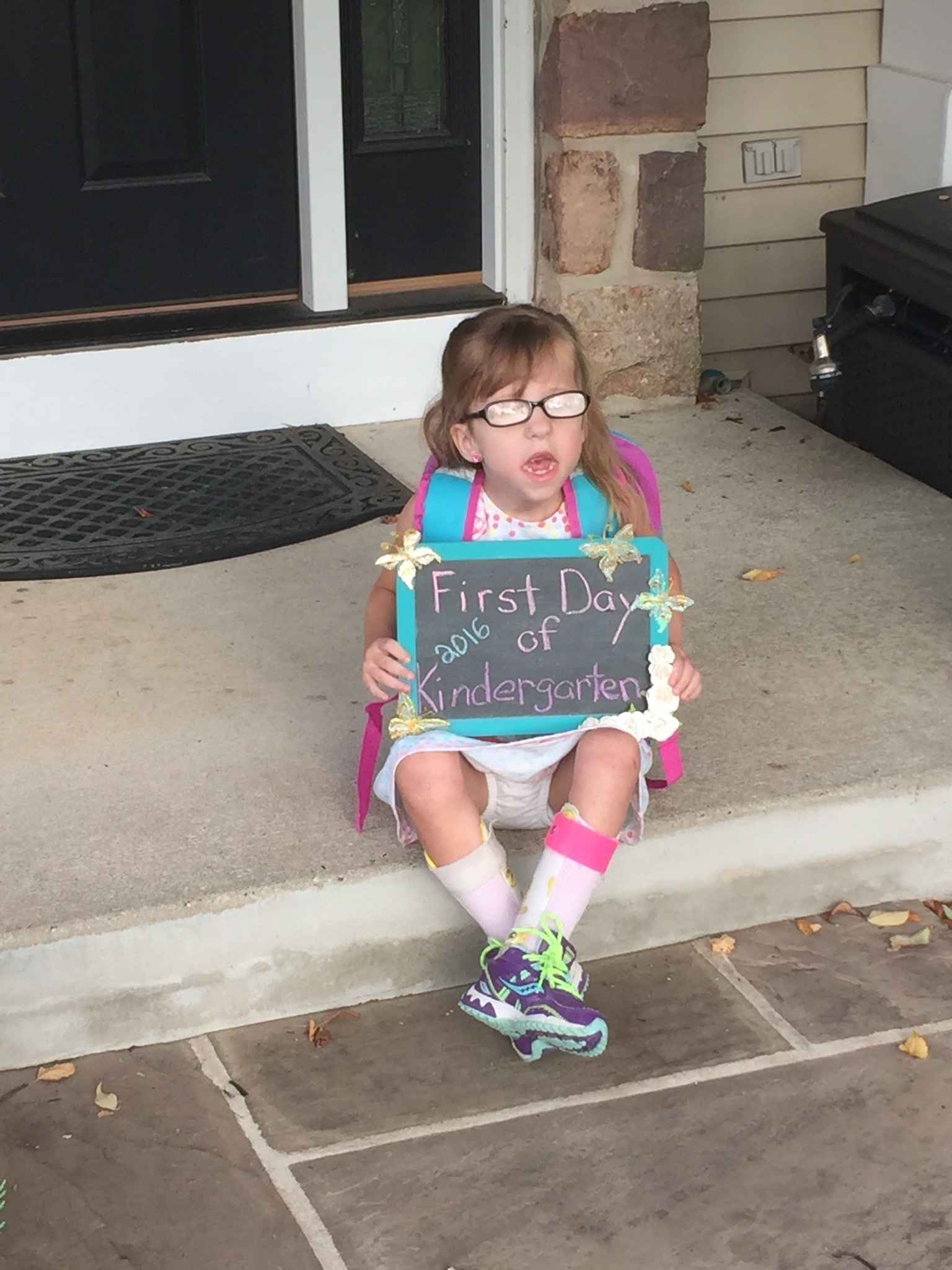 Donate to the Myotonic Dystrophy Foundation

We are no longer accepting donations on this campaign, but there are other ways for you to support us today! 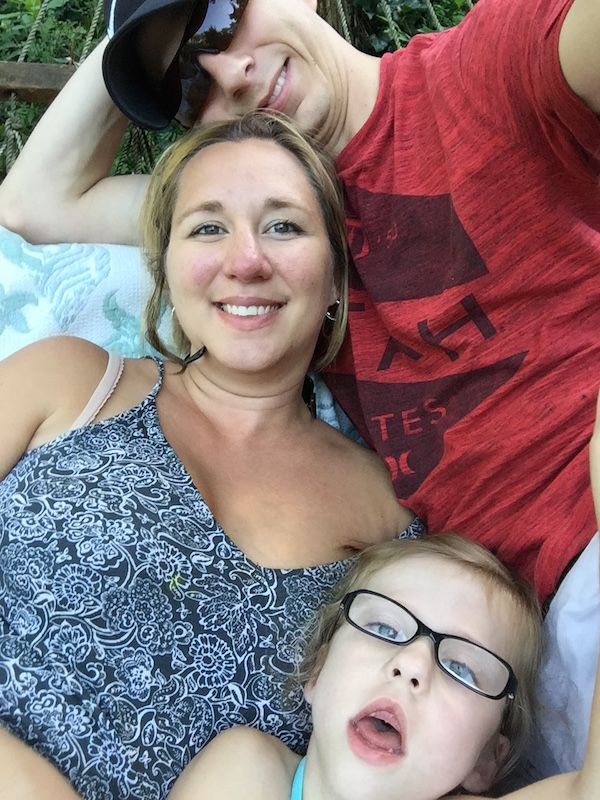 Lauren and Craig first met at Craig's best friend's wedding, and will be married for ten years this October. Before Addison's birth, the two were active in kenpo karate, with Lauren becoming a blue belt and Craig becoming a black belt. When she was 20, Lauren was diagnosed with minor myotonia, but the possibility of myotonic dystrophy was not brought up until after Addison was born. They were finally able to bring their daughter home from the hospital four months after she was born, and since then she has been a thriving, happy little girl!

Craig and Lauren want Addison, and other kids like Addison, to have every opportunity in life. That's why they decided they needed to do something to further DM research. Back in October 2014, with their team of family and friends, Team Addison got together to complete the Tri-State Tough Mudder for the MDF Dash & Dine campaign. Now the team has grown to 10 and is headed back out onto the Philly course to do it again, even if it does just raise awareness or ease someone else's struggles by providing an opportunity to learn from what the Evans family went through.

By competing in the event, Lauren wants everyone to know that despite the disease, obstacles can be overcome, even if they are jumping into dumpsters full of ice!

If you'd like to make a contribution to support Team Addison's fundraising efforts, make a donation using the link above. Do you prefer to donate via check? If you are writing checks to the Myotonic Dystrophy Foundation, please write either "Team Addison" or "Craig Evans" on the memo line on the check.

Myotonic dystrophy is an immensely complex genetic disorder that can affect not only the muscles, as the name would suggest, but a variety of tissues and organs may be affected: the heart, lungs and eyes, as well as any other muscles in the body. Deterioration of bodily functions can continue for decades—how slowly or swiftly this occurs varies from person to person. Due to the range of bodily systems that can be involved, management requires a multidisciplinary team of medical specialists and extensive treatment.

Myotonic dystrophy affects at least 1 in 8,000 worldwide and is an issue close to our hearts due to the diagnosis of members in our own family, including Lauren and Addison. Below, more information can be read on how it has affected our lives.

While we certainly understand that everyone has issues that they have to deal with in their lives, and our issue is no more important than any other, if you do wish to honor our daughter Addison, we ask that you consider a donation to the Myotonic Dystrophy Foundation. Their tireless efforts support not only research for treatments, but the quality of life of those affected through support groups and resources.

Lauren and Craig Evans met almost thirteen years ago. One might even think it is right out of a movie since they met at one of Craig's best friend's wedding. They'll be married ten years this October.

Lauren and Craig had a difficult time starting a family, so when they learned of Lauren's pregnancy in 2010, they were thrilled! The couple was expecting twins, but sadly lost one of the babies at twelve weeks. Lauren had a difficult pregnancy, going into pre-term labor three times. The third time, doctors performed an emergency cesarean-section because the baby's heart rate dropped. Addison was born in November 2010, a little over eight weeks earlier than she was due.

When Addison was born, the Evans' had no idea that myotonic dystrophy (DM) affected anyone in their family, let alone that Addison could possibly have it. Lauren had been told when she was twenty that she had "minor myotonia," but the doctor never connected it with DM, or even mentioned DM. Lauren had some symptoms—when she squeezed her hand around a jar to open it, her hand would get stuck and sometimes when she talked her tongue would freeze—but she never thought anything of it.

At birth, Addison was extremely floppy, had jaundice and trouble breathing, and a slew of other issues. Although she was in very critical condition and there was a lot going on, Lauren and Craig were overcome with joy, as she was the most beautiful and precious girl they'd ever seen. Seeing their tiny little "Cornish hen" (as Lauren called her) hooked up to tubes and machines was heartbreaking, but they just knew she'd be a fighter.

After four days in the hospital where she was born, Addison was transferred to St. Christopher's Hospital for Children in Philadelphia, PA, where the medical team began to dive into the family history. Lauren and Craig met with a geneticist and after a couple months the team began to suspect DM might be the answer. Addison and Lauren were both found to be affected by DM.

Addison struggled for life for well over two months. She was put on a ventilator, underwent a surgical procedure that corrects gastroesophageal reflux, and had a surgery to insert a gastrostomy feeding tube. After the ventilator she started to progress in the right direction. Lauren and Craig were exhausted from driving over an hour-and-a-half roundtrip to be with Addison in the hospital each and every day, but the prospects of finally being able to bring her home turned that exhaustion into elation.

After four months she was finally strong enough to come home! While that was amazing itself, Lauren and Craig's life didn't get easier. For over a year, they had no privacy in their own home since Addison required 24-hour-a-day nursing care. They also made countless trips to the emergency room. Addison went through several surgeries, casts, doctor visits, and therapies upon therapies upon therapies. One could think it was difficult, but it became the normal routine for the Evans family.

Throughout her life, Addison has shown incredible resilience and grit. At 18 months old, she decided she was done with her tracheotomy tube and simply pulled it out herself. Her ENT doctor agreed she didn't need it any longer and that was that. Two days later, despite the fact that she'd never taken more than a few steps, Addison began to walk. She has incredible determination.

Today, Addison is an extremely happy, polite, and friendly kid. It's almost scary sometimes because she'll randomly hug strangers and make their day. She started kindergarten this past fall, is making friends, and comes out talking about the new things she learns every day. She loves watching movies, particularly "The Lion King," "Inside Out," and "Big Hero 6." As much as Lauren dislikes it, Addison and Craig love to steal the TV to watch the Eagles and Flyers. Addison makes her dad so proud and sings the Philadelphia Eagles Fight Song whenever the Eagles score a touchdown. Addison and mom love to bake together and do projects at Color-Me-Mine. Addison has played soccer and enjoyed her first hit in softball last spring. Lauren and Craig try to give Addison every possible experience. She's been to Phillies games, Eagles games, Busch Gardens, the beach, Disney, and more.

These days Addison's biggest struggle is eating. Because she doesn't have the ability to swallow, all her food still goes through a feeding tube. Due to her inability to control her muscles, Addison is also not potty trained. In addition, she has trouble with her leg muscles and has undergone numerous surgeries to correct tightness in her Achilles tendons and hamstrings. For now, she wears splints and braces to help her walk, particularly up and down stairs. However, she has a great team of doctors and therapists, including some fantastic folks at the University of Utah where the Evans family travels annually for a visit, not just to see the doctors, but also to take in the sights.

Despite being counseled by many to put Addison in nursing care, some of the best advice Lauren and Craig ever got was to treat Addison like a regular kid. They have done just that, and they believe that's why she's become so incredibly strong. Addison is a little rock star. Like her mom, she doesn't let anything get in her way. DM is just another hurdle the two of them have been given to overcome.

Craig and Lauren want Addison, and other kids like Addison, to have every opportunity in life. That's why they decided they needed to do something to further DM research. Back in October 2014, with their team of family and friends, Team Addison MDF got together to complete the Tri-State Tough Mudder for the Myotonic Dystrophy Dash & Dine fundraising campaign. Now the team is getting back together to complete the Philly Tough Mudder in May for Care and a Cure.

By competing in the event, Lauren wants everyone to know that despite the disease, obstacles can be overcome, even if they are jumping into dumpsters full of ice. Lauren and Craig both hope there will one day be a cure for DM so that Addison and children like her can continue to enjoy and experience everything their little hearts' desire. 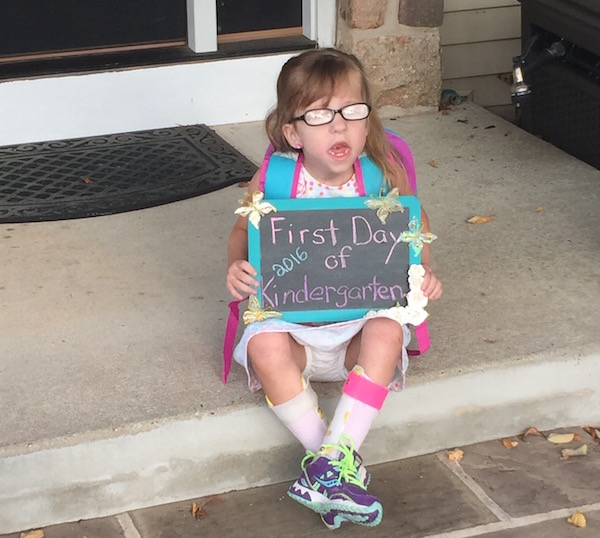 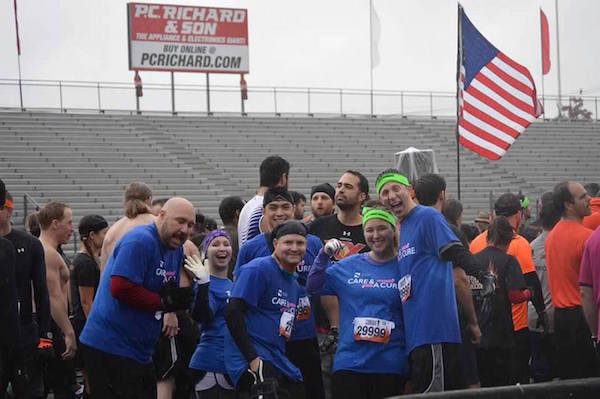 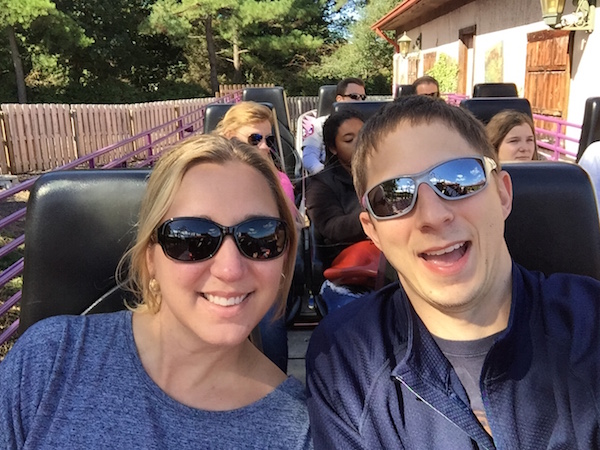 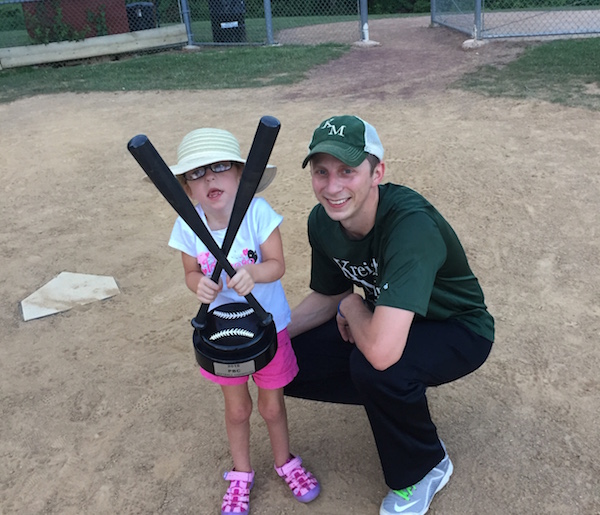 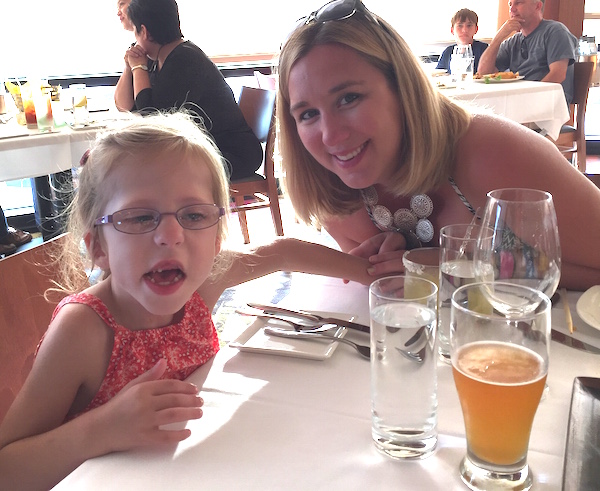